For the competition shooter in standing rifle disciplines, balance is of utmost importance. Research shows that better balance and better shooting performance go hand in hand.

The BASE System is a tool that will help (standing) sport shooters to improve their balance. 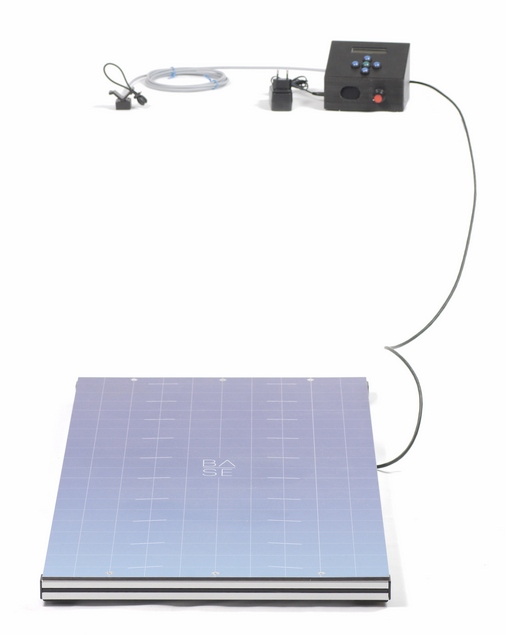 The BASE System consists of several components. The athlete stands on a platform equipped with sensors that continuously measures the Centre of Pressure (CoP), during the actual aiming and shooting. Based on the CoP and its fluctuations, BASE provides real-time audio feedback: the athlete (and the coach) can hear what is going on in terms of postural control. Is he/she steady enough, or is the CoP drifting away from the intended zone… This is doing more than just informing the shooter how well he/she is doing right now: the feedback helps the athlete to improve his/her own balance skills.

This principle, known as biofeedback, has been applied for decades in many fields. The system presented here is completely tailored to the standing competition shooter, fully integrated in the normal training situation.

The sensitivity of the system can be tuned to the individual skill level. The better you get, the smaller you can make the margins, so the feedback keeps on challenging you to improve further. 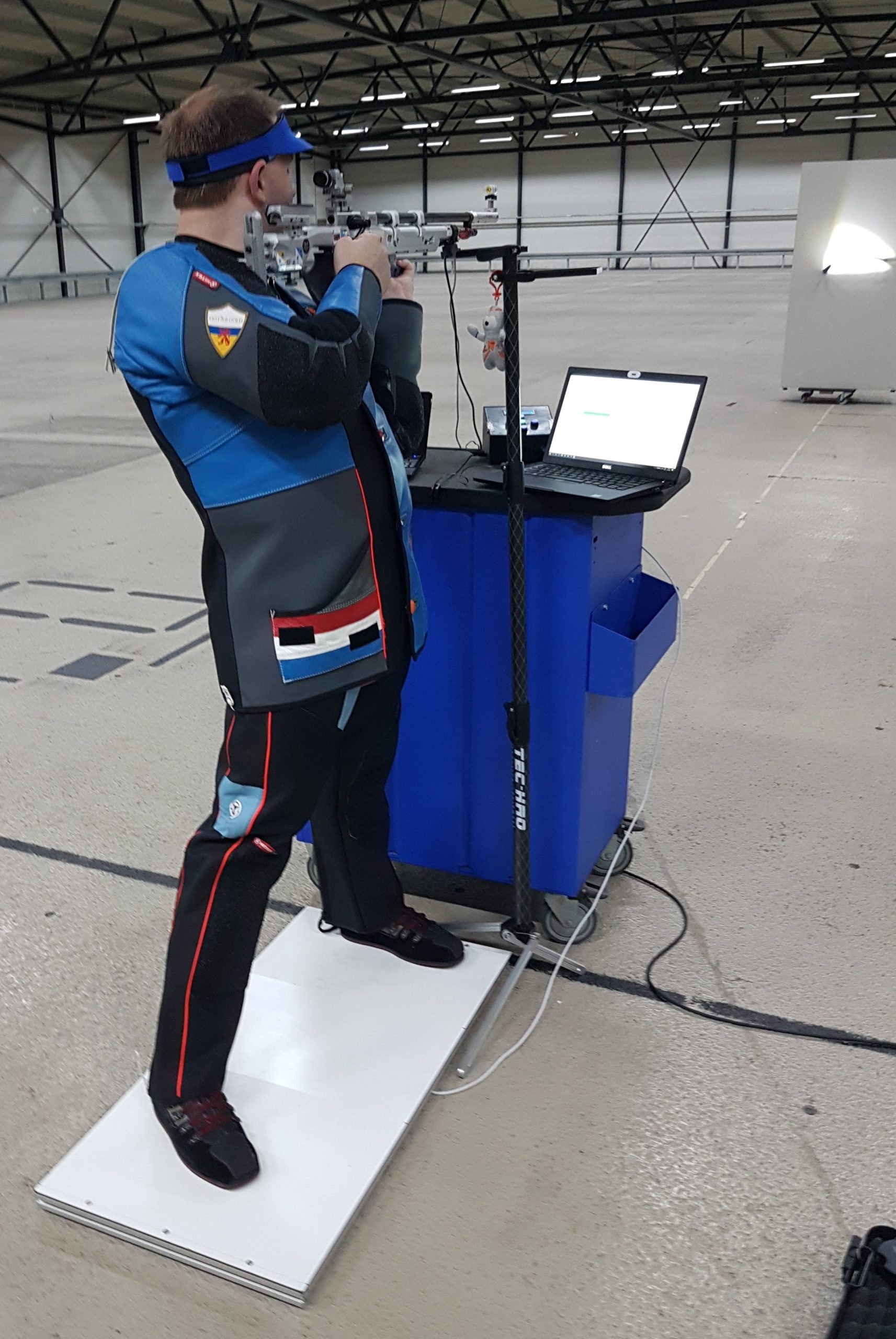 The main function of the system is to provide the standing rifle shooter with real-time audio feedback on his/her CoP, thus allowing the athlete to improve his/her balance skills.

The system also collects the CoP data on-the-fly. Combining that with a signal from a shot detector mounted on the rifle, it calculates the balance performance just before the shot.

It is also possible to switch the audio off and simply use the platform to measure the quality of the athlete’s balance. Thus, you can use BASE to evaluate all kinds of changes in position or equipment  and to monitor progress.

We developed a prior version of the BASE System for the national rifle team of the Royal Netherlands Shooting Sport Association (KNSA) and their trainer/coach. This platform is still in use on the shooting range at the Dutch National Sport centre Papendal, the Netherlands.  The system was regularly used by several members of the team during a period of over 6 months. Results showed that the BASE System indeed helped the athletes to improve their postural stability. This effect persisted when they were shooting without the audio feedback. 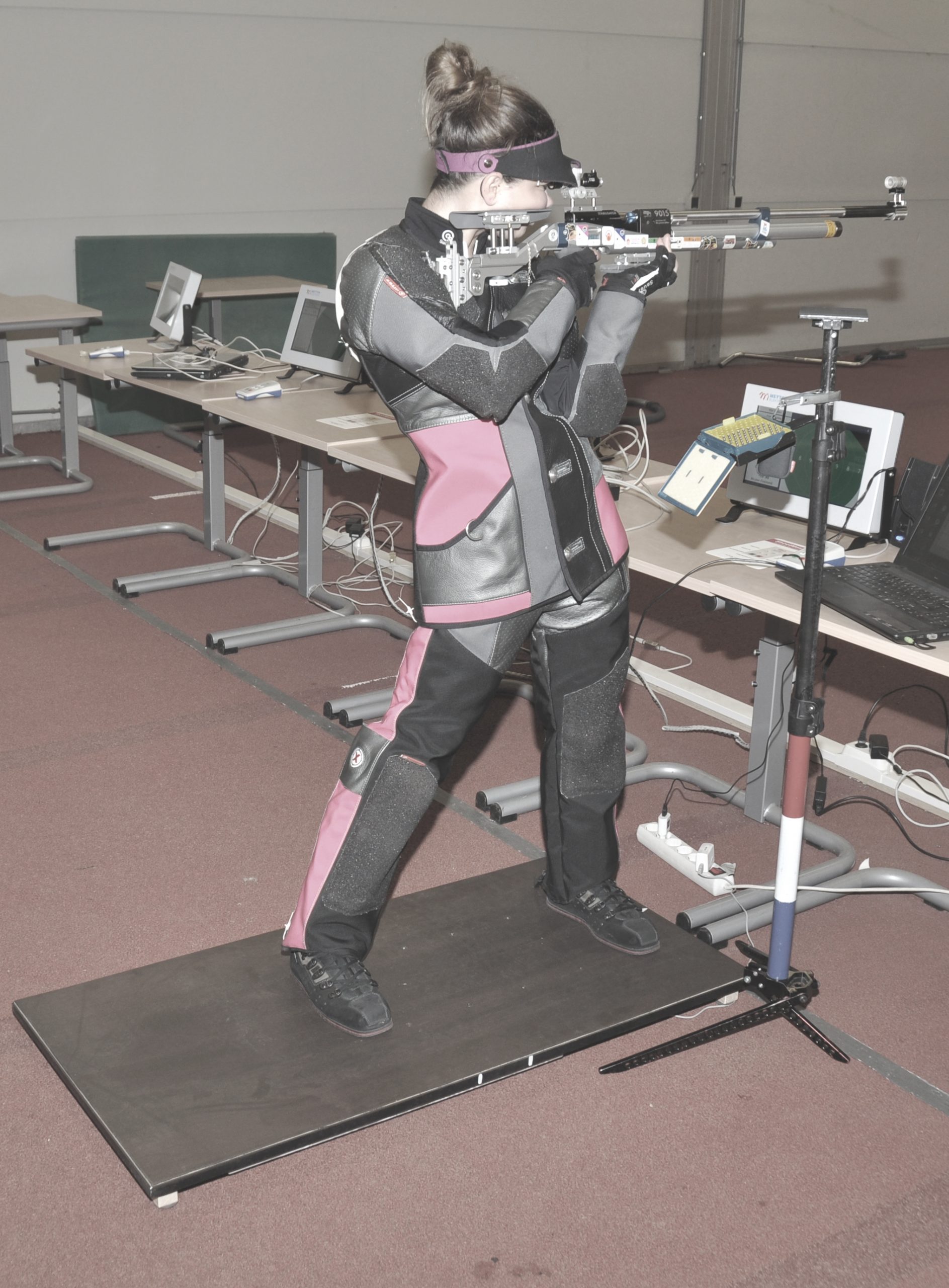 Mandy Mulder training on a previous version of the BASE System, on the shooting range at the Dutch National Sport Centre Papendal. 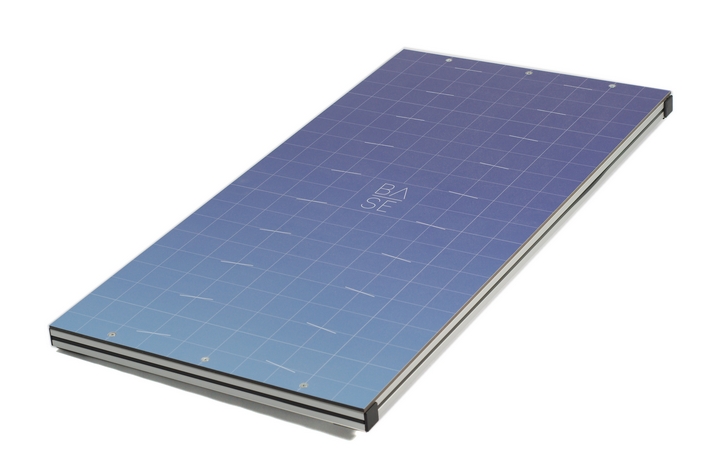 The control unit is a small box, containing the computer system that processes the data from the force platform and calculates the appropriate sound feedback parameters. The audio is played via a loudspeaker. Further it has a 3.5 mm stereo output for earphones or external amplifiers (not included). The unit is powered by an adapter (110/220V input; EU/UK/US/AU plugs provided).

Via pushbuttons and an LCD display, you can adjust parameters of the biofeedback, to tune it to the capabilities of the shooter.

A shot detector is mounted on the rifle (clamped on the barrel) and plugged into the control unit.

GUI and interface to PC/Laptop

A Graphical User Interface (GUI, Windows) is provided with the BASE system. This will allow you to have additional visual feedback on the postural
stability and to view (and save) balance performance indicators over the various shots of a training session. When using this GUI, you need to connect the the control unit via a serial USB cable (included), to your Windows® PC or laptop (not included). 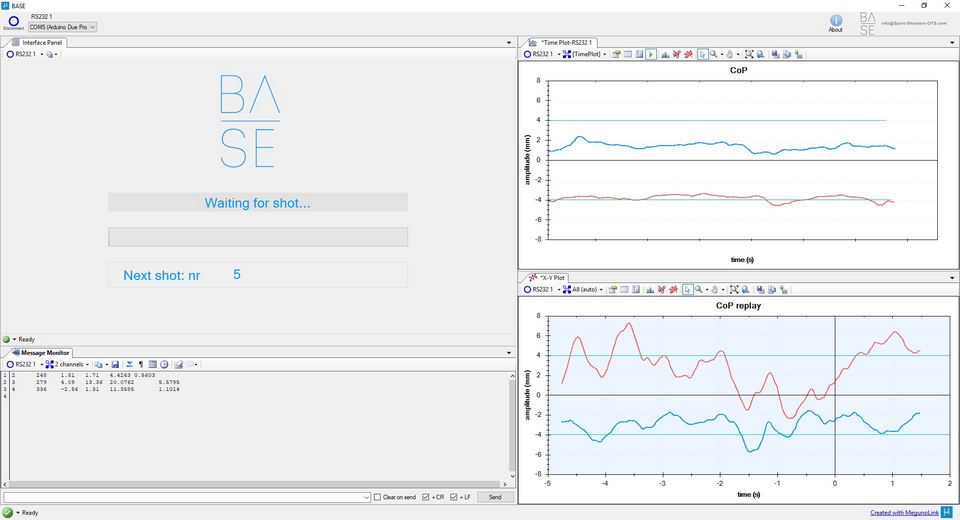 A pdf document, in English, that explains how to operate the system. The manual can be downloaded from our website.

Sport Shooters OTS started production of the BASE System in the end of 2020. World-wide sales are handled by Peter Hellenbrand via “10punt9”.

If you have further questions, you can always get in touch.  If you want to stay informed about future developments you can subscribe to our mailing list.